You Can Now Order Vegan Flank Steak at These 6 Restaurants

Vegan flank steaks and other plant-based meats made by Israeli company Redefine Meat are now hitting the menus at six restaurants across London, signaling the definitive end of the era when the only plant-based option at a sit-down restaurant was salad. Founded in 2019, Redefine Meat uses a revolutionary 3D technology that maps 70 sensorial parameters to create a cut of vegan meat that mimics the taste, texture, and juiciness of a whole-cut of animal meat. The company’s “New-Meat” line includes whole-cut vegan steaks and culinary-grade ground beef, sausages, premium burgers, and lamb kebabs.

Modern restaurants already serve vegan burgers and, in recent years, options such as meatless chicken and fish-free seafood, but whole-cut vegan meats are a new—and delicious trend—that restaurant owners and chefs are clamoring to serve.

“The demand for meat alternatives in London is growing and it’s becoming more and more fashionable,” Wassmuth said in a statement. “With Redefine Meat I’ve discovered their products taste very similar to animal meat, giving it the texture and flavors without an artificial aftertaste. It’s the beginning of the future.”

“Sustainability and innovation are both key pillars of the Chotto Matte brand and we have always provided a diverse offering of plant-based dishes in our restaurants, but Redefine Meat is the first plant-based meat alternative that has been served at Chotto Matte,” Sclare said in a statement. “Now our guests can enjoy the chance to have a unique meat alternative paired with our signature Nikkei flavors.” 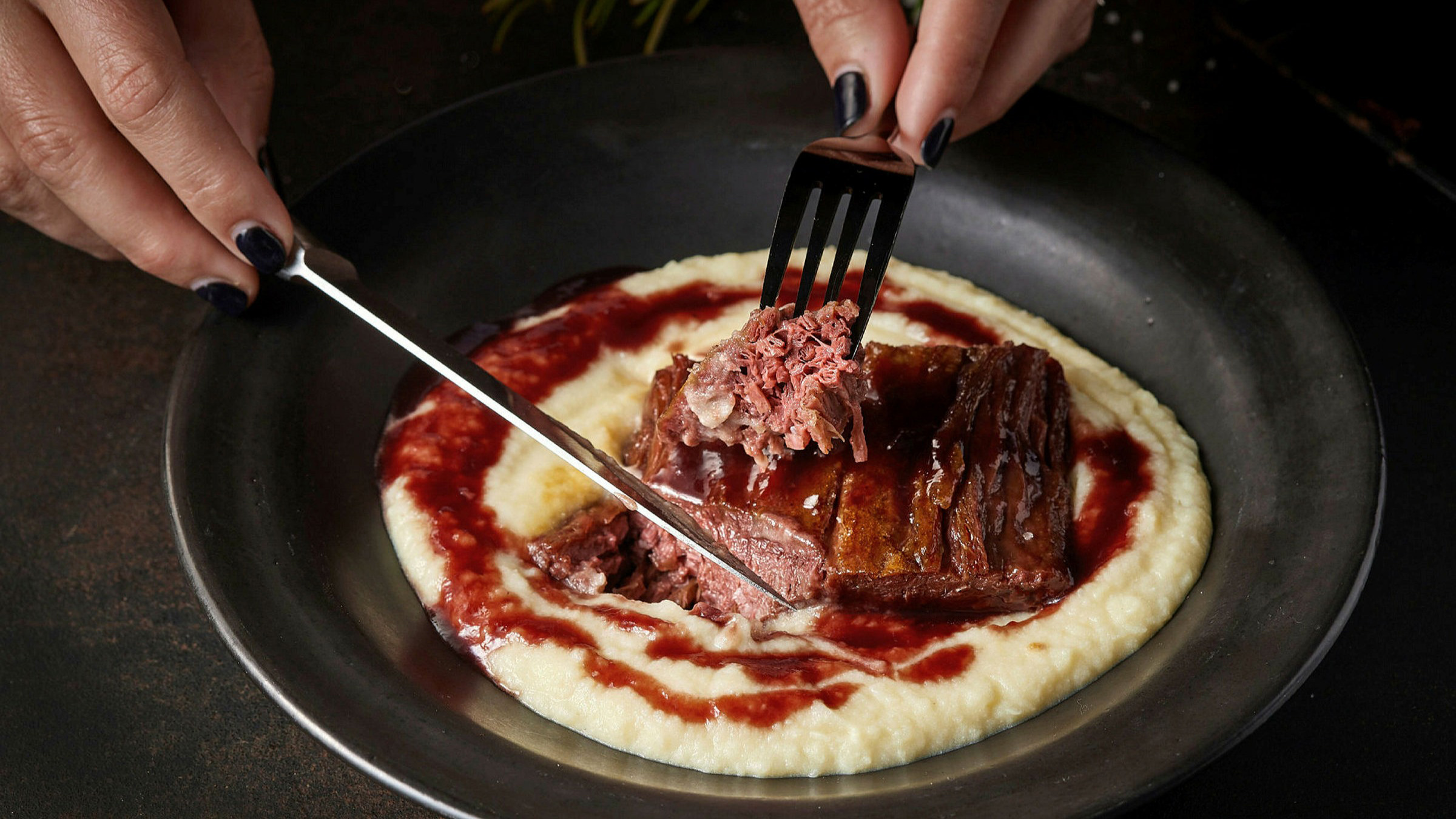 At Gauthier Soho, chef and restaurateur Alexis Gauthier, is excited to serve Redefine Meat’s vegan flank steak as the product aligns with his own journey into veganism and plant-based fine-dining. In 2015, Gauthier removed foie gras—cruelly begotten fatty liver made by force feeding ducks—for the menu of his Michelin-starred restaurant. The restauranter went vegan at that time and transitioned his fine-dining restaurant to be fully plant-based when he reopened it after pandemic closures last year.

On the Gauthier Soho “Grand Dîner” Summer Tasting menu, the chef is highlighting Redefine Meat in a dish he aptly calls “Tomorrow” which features the company’s vegan lamb braised in a rich red wine jus that is served with a medley of vegetables. “Redefine Meat’s New-Meat is the closest thing we have found to the texture and taste of meat,” Gauthier said in a statement. “We feel for the greater good, the future of food will invariably contain more technology-based solutions and this needs both familiarity and classic deliciousness.”

Marco Pierre White—known as the first British chef to be awarded three Michelin stars—agrees with Gauthier, and has been a supporter of Redfine Meat for some time. A pioneer in the fine-dining industry, the chef previously called Redefine Meat’s innovative plant-based products “the cleverest thing I’ve seen in almost 40 years in the kitchen.” He is now adding exciting new dishes to his restaurant Mr. White’s in London, including several Redefine steak preparations, a Redefine burger, Redefine Gnocchi Bolognese, Redefine Macaroni Cheese, and Redefine Salsiccia Pizza.

In addition to these restaurants, Gillray’s Steakhouse and Bar in London is also serving Redefine’s vegan meats in two preparations: Redefine Beef Flank Steak with Yorkshire pudding and a Redefine Beef Burger. The company’s innovative vegan meats are also served by restaurants across Israel and will soon appear on the menu at all 155 locations of Selina hotels.

“We are delighted to partner with these prestigious restaurants and bring New-Meat to their discerning clientele,” Redefine Meat CEO and co-founder Eshchar Ben-Shitrit said in a statement. “As we continue our expansion in Europe, we are looking forward to increasing the availability of New-Meat to more chefs and restaurateurs and help them meet the high demand from meat-lovers, flexitarians, vegetarians, and vegans.”

4 Ways to Interact with Children